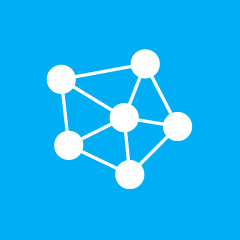 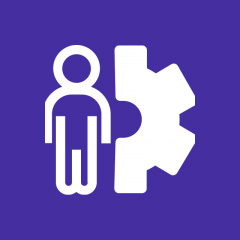 When Hirepool wanted to accelerate a pathway for growth, an outsourced IT solution meant they could do just that. Having confidence in their IT service provider to build and support a system to manage expansion that saw a triple growth in 3 years scenario was paramount.

“Relationship. Having that relationship with key stakeholders – Tim, Steve and Neil from BTG – it means we can actually get things across the line, and that’s a big win for us.”

Hirepool Limited is a hugely recognisable name in the New Zealand equipment rental market, providing an extensive range of equipment to meet the needs of large contracting companies to the weekend DIY’er. With 52 locations nationwide and growing, and 55 years plus experience offering Kiwi’s equipment solutions, Hirepool really required a shift in gear when it came to its IT.

BTG were introduced to Hirepool in 2004 by a company called ISAC, who wrote the hire system that Hirepool use – their main ERP system. At the time Hirepool were a 14/15 branch network. ISAC foresaw that they wouldn’t have the capabilities to roll out their plans for massive growth.

We spoke with Gordon Peel, CFO for Hirepool about working with BTG.

“It was a happy coincidence that ISAC had been doing some work with BTG and suggested we think you should see them and let them have a look at what your plans are.”

BTG quickly got on board and replaced the old ‘green screens’ and a basic network operation with a more sophisticated full suite of products including Citrix to all the branches (advantage – keeps everything centralised), VMWare, Linux, Microsoft etc.

“If we were even to contemplate doing that in-house we would probably need, in terms of hours, 2 people full time. But 2 people are never going to have those multiple skill sets inclusively, and then there is sick leave, annual leave, and they will want to move into different careers and companies. All of those are just huge pains. And they don’t work 7 days either”

BTG’s abilities, via an innovative architecture design meant that Hirepool could integrate any acquisition into their IT framework. Fast forward to end 2012 and both Hirepool NZ and Onsite in Australia (a subsequent BTG client) are thriving businesses with solid measurable scalability.

“What was key is that we designed an architecture that we could cookie cutter out. Where they could acquire an existing branch or start a new branch and we could roll out the branch really quickly, and within a day we could turn up and install the IT systems” – Tim Figgins, Chief Technology Officer, BTG.

Since then BTG have added phone systems, set up Disaster Recovery, designed, consulted, implemented and supported any number of systems, and have a multiyear support agreement in place. They are currently on Manage IT – a BTG package providing a fully outsourced solution.

“We had months when we did two acquisitions in a month that may have been four or five sites, and those things were relatively painless, and certainly the IT side was very painless”

“For a few years now I’ve told Tim to regard himself as if he was Head of Hirepool’s IT department, and we have a scheduled meeting once a month”, says Gordon. “I read on IT and understand where things are heading in general terms, but I am relying on BTG to tell me that we need to be moving away from and heading towards, or that we need another server. And that is being delivered”.

Late 2007 after the success BTG had with enabling Hirepool to grow as they did, from 10 to 30 branches very quickly without many issues, BTG were then given the tick to do the initial plan for Onsite, Australia. Onsite took a bit of a punt going with a NZ based company to run operations across the Tasman, but the trust and confidence was gained on the back of the Hirepool contract that BTG could deliver and handle an accelerated growth situation.

“The Onsite operation is 100% thin computing – a ‘Pure Citrix Enrivonment’. BTG are Onsite’s infrastructure partner – all hardware, sourcing, helpdesk and infrastructure maintenance goes through BTG. There are a lot of Hirepool synergies, but the main difference is Onsite’s fully virtual solution.”

The initial set up was to create a stable platform, one that could be built upon quite significantly and quickly. During the last 18 months this has been scaled even further so that growth potential can multiply by six plus without any major infrastructure upgrades.
Initial reservations, due to time zone and distance (in the West it’s 5 hours) were quickly overcome as the distance proved to be a positive.

“We could not have done this scale without this being outsourced”. – Anthony Bolack, National IT Manager for Onsite Australia

In a situation similar to their Kiwi counterpart, Onsite’s growth has topped 30% yearly for the last 3 years. A scalability win example: In 2011 Onsite completed a major acquisition in Western Australia for a business that had 80 users without the need for an upgrade.

In 2010, when Anthony took over the IT department, a necessary project first off was to upgrade data networks between branches, and BTG were hugely influential around network and telecommunications.

Results – BTG just do it

“We now have a private WAN hooked up through Telstra throughout Australia. Our mobiles are hooked into it too, so they can work in WA and it thinks we’re in a branch. IP Telephony is a BTG strong point. We would have spent (if we bought a system off the shelf that did the same thing) $3 – $400,000 at least. So, a linchpin of the relationship is that we run the Onsite phone system, which is the BTG phone system. We can open a branch and the first thing I do is put in a new phone system. I don’t even think about it”

For both Trans Tasman companies a fair amount of project management work, inside and outside the standard IT realm is a given. This extra mile could be managing the cabling, dealing with alarm people, builders, etc. To ensure the job is done correctly BTG liaise all areas and cover all bases.

“BTG just do it. They have no one to do it internally, so we just do it”, notes Tim. “That’s where we really add value”.